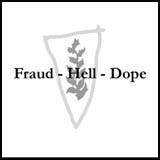 INFO:
Moonsanto's Dogme (Part 1-4) CDEP was limited to 100 copies and deleted a few weeks after its initial release in 2000.

PRESS RELEASE:
Moonsanto is here questioning with the help of their best mastered tool (music) the use of so-called junk science (biotechnologies, genetics etc) in the contemporary era. What the essence of being when confronted to manipulations of its most nature. In a situation when technology is helping to modify or to fastened existing power connections is science still able to propose us a project for humanity?

But don't let the very solemn subject fool you, for this limited edition disc total artistic freedom was given by Hushush to Moonsanto. The content is totaly delirious. Strange voice treatement with cut-ups experiments are creating the particular athmosphere of this very fin de siècle kind of project. Humor is always present and you have to read between the lines to actually catch the whole idea behind this release.